The Role of the Master of Ceremonies 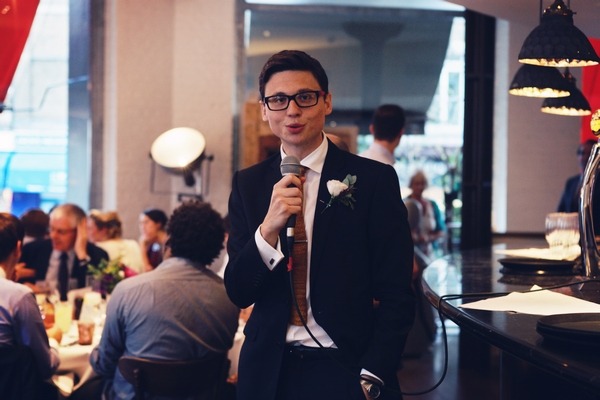 Wedding receptions often have a Master of Ceremonies (MC) to keep the day running smoothly. This role is sometimes handed to the best man, or another close friend of the groom. The role of MC is simple. It requires you to make a few announcements loudly and clearly as the day progresses. The groom may know exactly what he wants these to be, but they usually include some or all of the following:

If you are a nervous best man, then being MC is often a safe way of getting over many of your biggest fears before your speech. You’ll have the chance to shout out some pretty straightforward messages, getting you used to speaking in front of an audience. You’ll appear confident and in a position of responsibility from the start, which will impress fellow guests. Most importantly it will give you an idea of the acoustics and a feel for the microphone. Although you may worry about the first announcement, you’ll grow into the role throughout the day and will feel immeasurably more relaxed by the time you come to give your speech.

Here are some tips to help master the role:

I’ve helped numerous MCs get this role just right, so if you’re still worried about what to say or how to say it please get in touch.