How to Write a Funny Best Man Speech

Although you have an obligation to ‘big up’ the groom, it’s important your speech entertains. This means there’s plenty of room for you to be witty, creative and clever. I’d suggest a sort of ‘sincerity sandwich’, where you start with a brief shot at sincerity, move into lightly mocking him, and then conclude with a few more genuine sentiments. 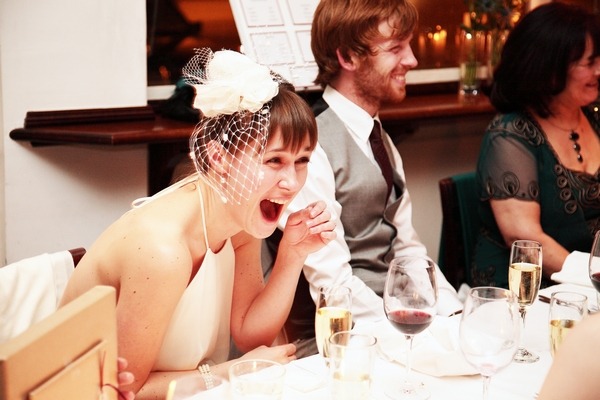 Here are some tips on how to write a funny best man speech that is still sincere and won’t offend your audience.

Don’t write your speech for the boys on the stag do. Whilst some of your mates may be in stitches by you recounting the story of you shaving the groom’s eyebrow off as he slept in a golf buggy dressed in his Spider Man outfit, the rest of the guests are unlikely to find it funny and you won’t get the laughs you’re hoping for. When you’re thinking about what to put in your speech, it’s best to keep your material as universal as possible.

This may sound odd. After all, this is the one wedding speech where people expect jokes. But punch lines that fall flat can be a nightmare for any speaker, and there are plenty of ways to make people laugh without one.

Work with Contradictions and Opposites

If the groom is a renowned drinker, then highlight his sober moments. If he loves Man United then point out your worries that he was a City fan. If he’s particularly camp, send him up as being macho. Similarly, compare and contrast his passions and achievements as a boy to the present day. This can create a lovely balance between sincerity and humour in your best man speech.

Play with the Audience’s Expectations

Ask them a question about the groom, suggest three potential answers, then surprise them with an entirely unexpected fourth.

Avoid crude jokes, mentions of ex-girlfriends, and anything that might insult the guests and, in particular, the bride! The best man speech has a reputation for being a bit saucy, but it’s easy to go too far. Don’t judge a potential story or joke on whether you find it funny, but on whether your audience will find it offensive.

Having said that, don’t feel you have to give the groom an easy ride. You can still get away with quite a lot. When a best man says that the groom is a misguided fool, the audience automatically take it as a joke. Everybody in the room knows the only reason he’s giving the speech is because he and the groom are such good mates. So any insults the best man delivers immediately register as insincere.

Use Language Accessible to Everyone

If people don’t understand your joke, they won’t find it funny. So don’t use a long word when a short one will do, don’t use a clever pun if many of the guests have travelled from overseas, and don’t use slang that only a small group of your friends will understand.

If something complicated really is necessary, then look confused and explain it with tongue firmly in cheek, rather than trying to patronise.

Anecdotes and observations are key elements of many speeches, but they don’t always link together naturally. Choosing a theme that ties everything together can help it flow. Also, an original and amusing theme is often the difference between a decent speech and a great one.

It’s tempting to focus your best man speech on your own relationship with the groom. However, if you labour the point too heavily it can start to sound like narcissism, and be very boring for everyone else.

I strongly recommend you limit specific anecdotes to a maximum of two or three sentences each. Keeping it snappy will hold people’s attention, and if a story isn’t working, you can move swiftly on.

I hope that helps. Remember, the best way to judge whether you’ve written a funny best man speech is to try it out on others. 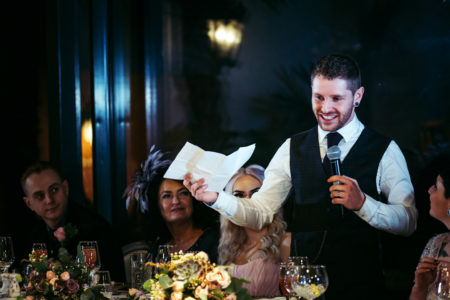 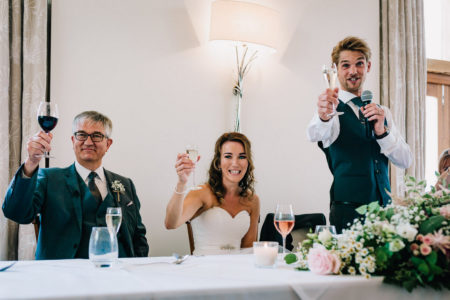 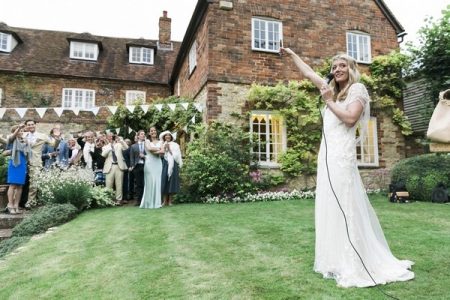