After some quite frankly terrifying research we have put together this post on just some of the UK’s haunted wedding venues. Read on, if you dare… 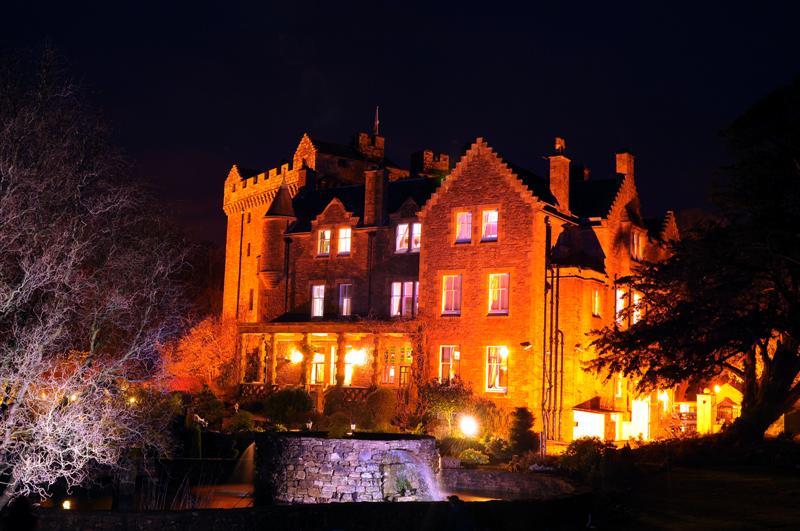 Comlongon Castle is a beautiful 15th century castle wedding venue in Clarencefield, Dumfries. This historic venue is reportedly haunted by the ghost of Lady Marion Carruthers. On the 25th September 1570 she “did wilfully take her own life by leaping from the lookout tower”.

An apparition of a young lady was often seen in and around the castle, usually crying. Also, no grass would grow on the spot where she fell.

Her death followed a long dispute over the estate. Sir Simon Carruthers, Baron of Mouswald Castle, left the estate to his daughters, Lady Marion and her sister. Two neighbouring families, The Douglas family of Drumlanrig and the Maxwell family of Caerlaverock Castle, hoped to obtain the lands including Mouswald Castle from Lady Marion. 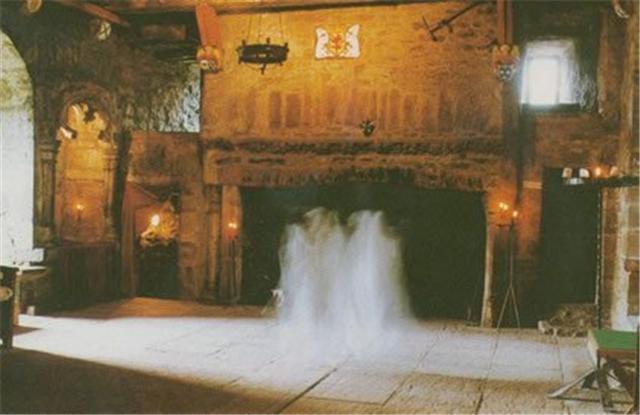 In 1563 Privy Council settled the case in Sir James’ favour. But Lady Marion then fled to her Uncle, Sir William Murray of Comlongon Castle. She tried to escape the intended marriage by giving her Uncle half of her dowry. Sir James Douglas sued through the courts for his just inheritance and won. Lady Marion then threw herself off the lookout tower of Comlongon Castle.

Some believed Lady Marion’s death was actually murder rather than suicide. They suggested Sir James Douglas’ men throwing her off the tower so he would inherit the Castle and land without having to marry a reluctant bride.

Over the years there have been many reported sightings of Lady Marion. Reports say she haunts the castle, looking for a proper resting place. With suicide suspected at the time she didn’t get a proper Christian burial. 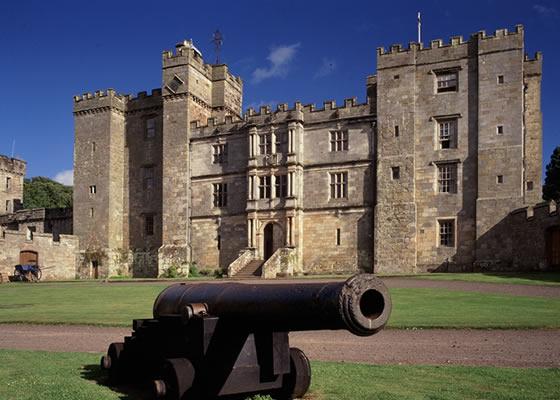 Steeped in local and natural history, Chillingham Castle, and the Elizabeth and Mediaeval State Rooms have housed many historic wedding feasts. Regarded as one of the most haunted wedding venues, and places, in the country, there are many ghostly stories including The Blue Boy, Lady Mary and the White Pantry Ghost.

Probably the most famous ghost of Chillingham Castle is the Blue Boy, also know as Radiant Boy. At the stroke of midnight people could hear sounds of a terrified young child in the Pink Bedroom. The sounds came from a point where they’d cut a passage through the ten foot thick walls. When the sounds stopped, the wraith of a young boy dressed in blue and surrounded by a bright aura would approach the four-poster bed.

During building work in the 1920’s they discovered the bones of a child, along with scraps of blue cloth. Following a burial in the local graveyard the sightings stopped. However, people who stay in the Pink Room now report that one wall of the room lights up with flashes of blue light.

Lady Mary Berkeley, wife of Lord Grey of Wark and Chillingham also reportedly wanders the corridors of the castle. She is looking for her husband who ran away with Mary’s sister. Visitors have often felt a chill or heard the rustle of an old-fashioned dress. It’s as if Lady Mary’s ghost has walked by.

A ghost that is still seen at Chillingham Castle is the White Pantry Ghost. A frail old lady dressed in white haunts the Inner Pantry.

Reports say that a watchman who slept in the room to guard the silver saw the woman, who asked him for some water. Assuming the lady was a guest he turned to get her some water when she disappeared. The reason given for why the ghostly figure was so thirsty is she had been poisoned. 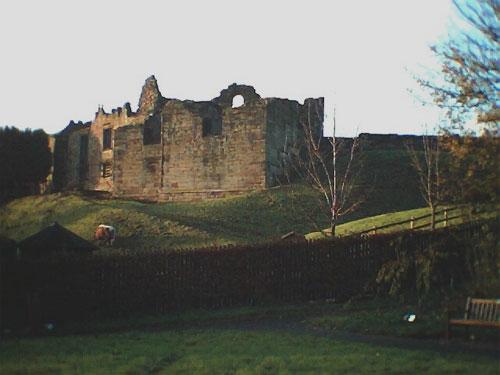 The next in our list of haunted wedding venues is Tutbury Castle, a Grade I listed medieval castle in Tutbury, Staffordshire. Apparently many ghosts have haunted the castle, including The Keeper and Mary Queen of Scots.

The Keeper is the ghostly figure of a soldier wearing a full suit of armour, seen stepping out in John of Gaunt’s Gateway and bellowing “Get thee hence!”.

The last sighting in daylight was in 2006. A visitor to the castle complained that an enactor had told him to “get over the fence”, but there were no enactors on site that day. Previous visitors had also reported similar ghostly apparitions.

The Ghost of Mary Queen of Scots

In 2004, at approximately midnight, over 40 men saw the figure of Mary Queen of Scots (who was twice imprisoned at the castle). Dressed all in white, she was standing at the top of the South Tower. The men all laughed, believing the curator was teasing them by wearing an Elizabethan gown as a joke. But curator Lesley Smith did not have a white gown, and neither did any of the other Elizabethan enactors. This left the men disturbed by what they had seen.

As there were so many witnesses this was a very important sighting. But it is not the only occasion that there have been sightings of this ghostly figure.

In 1984 a serving Marine saw her rapidly crossing the grass one hot afternoon. Recently there have also been many sightings, especially between 10.15pm and 11.00pm.

As cars leave the castle a figure dressed in black stands at the window of the Great Hall. Archaeologists participating in a seasonal dig at the castle, and senior staff members, have also seen her. 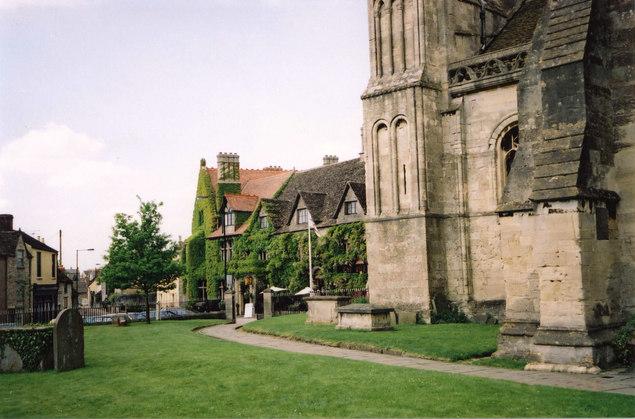 Finally, The Old Bell Hotel in Malmesbury, Wiltshire, is a beautiful period property that sits in the shadow of Malmesbury Abbey. It is also, apparently, one of the UK’s haunted wedding venues. There are plenty of stories of strange goings on, particularly in the east wing, built directly on part of the former abbey churchyard.

The most famous ghost is that of the Grey Lady, whose portrait hangs on one of the restaurant walls. They say the ghost is that of a woman left standing at the altar in the Abbey, who now roams the hotel looking for her missing husband-to be.

There have been many sightings. Two by a priest who saw her in his room, and one guest even claims to have had a conversation with her. After getting up in the night to use the bathroom he spoke to a lady. He thought she was his wife, only to find his wife asleep when he returned to bed.

A strange incident also occurred at the front of the hotel in the Foe room. A guest could not get into their bedroom of a jammed door. Staff broke into the room by getting a ladder and breaking the window. Once in they found a wardrobe across the door, but no one was in the room.