Apparently 300 million pictures are uploaded to Facebook every day. 300 million. Every. Day. Then there’s Twitter, Instagram and everything else. That means that every two minutes we take more photographs than the whole of humanity did in the 1800s – some pretty impressive stats. I don’t know how many of those 300 million pictures are selfies, but it’s got to be a growing proportion. Named as the word of the year in 2013, the selfie’s popularity rose even further in 2014. It’s even in the Oxford Dictionary.

Social Media has undeniably altered the landscape of our memories. Faded prints from holidays with forced smiles have gone. Now we’re in control of our own image and we can pose and retake to our heart’s content. 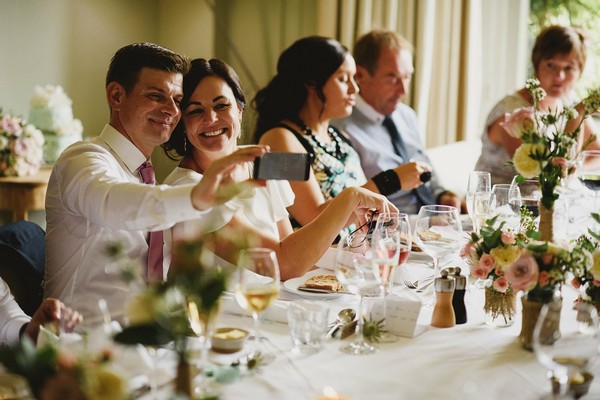 The Rise of Wedding Selfies

Now, I go to a lot of weddings, obviously – somewhere between 40 and 50 a year – and I’ve definitely noticed that wedding selfies have become more and more common throughout the day. It started off on the dance floor I think – people would gather together and take group selfies while dancing. Now it has gradually spread throughout the rest of the day.

In the last few months I’ve seen brides and grooms taking wedding selfies just after they’ve married, bridesmaids taking them while getting ready in the morning – even elderly guests taking them when they think no one’s looking. 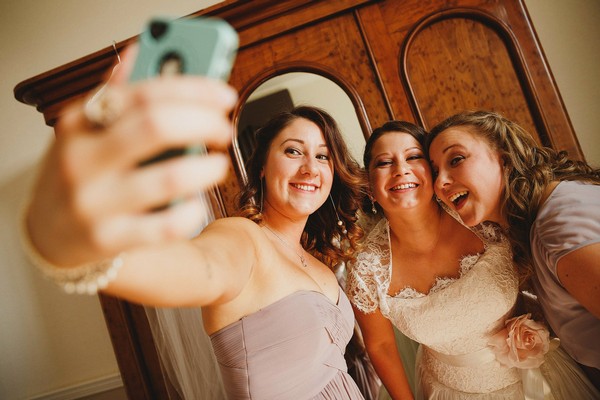 Some wedding photographers used to get worked up about so-called ‘Uncle Bobs’ – basically guests with cameras who like taking photos. It’s never bothered me in the slightest. I understand people want to take pictures of the day, and I think you can take interesting documentary images no matter what guests are doing. In fact, you can see one of my favourite shots of two uncle Bobs here. 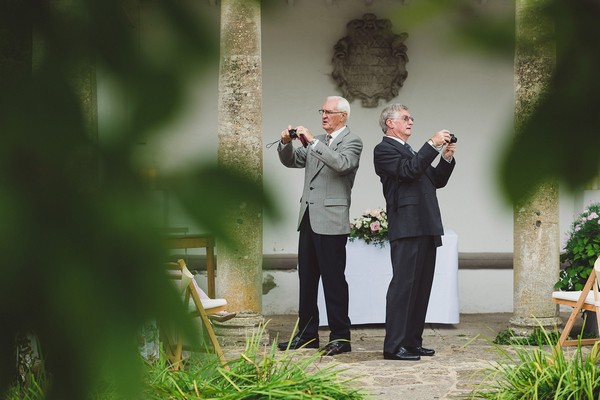 Who knows quite where the selfie habit is going to lead, but it’s definitely an interesting time for anyone involved in telling visual stories and, actually, I love it. It’s fun and can provide a great photo opportunity in itself. But I think it also shows that people are getting more and more interested in the visual image and more aware of the importance of capturing their memories. It also makes documentary wedding photography even stronger. The importance of capturing people as they really are, whatever they’re doing, is greater now than ever. 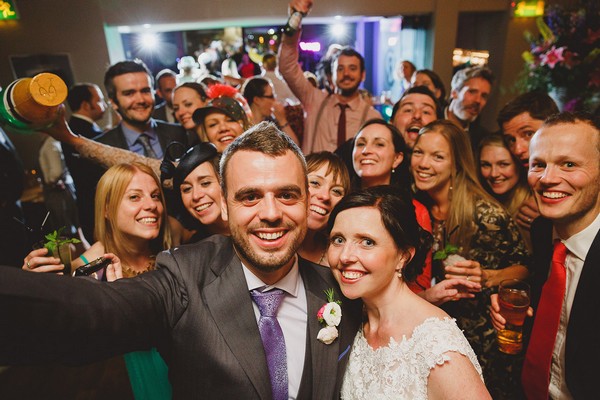 When I was asked to recreate the Oscars selfie that Ellen DeGeneres famously shared on Twitter – you can see that picture from Will and Sian’s wedding above – I laughed and had fun while we did it.

So, here’s to the selfie.