As the Maid of Honour it’s fallen on your shoulders to plan the hen weekend of dreams – it’s time to start planning. Lauren of Last Night of Freedom knows that organising a trip for a large group of girls who have different tastes can be difficult. So, she’s rounded up her top 10 hen party locations to give you some ideas and inspiration…

The city of Newcastle is the place to celebrate your hen party in style. Newcastle has always been one of our most popular hen party destinations, as this wonderfully cosmopolitan and diverse city has everything; fabulous shopping districts, high-end restaurants, chic bars and clubs that have seen the likes of Cheryl Cole and Kanye West pass the velvet rope. 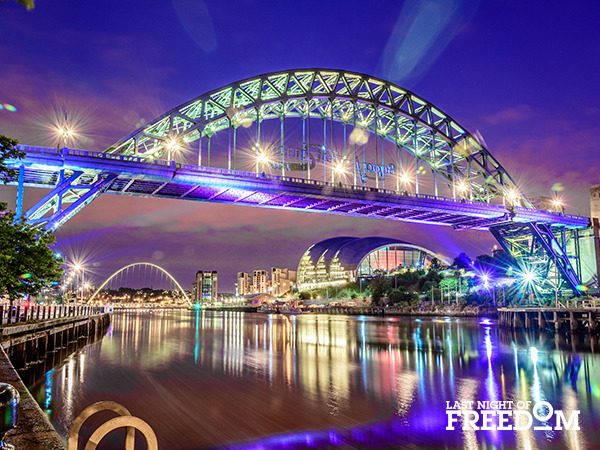 The city’s legendary nightlife is one to experience. From the sophisticated Quayside and the swanky Diamond Strip, to the notorious Bigg Market and the elegant Grey Street – there’s a bar to suit every Newcastle hen party.

Dublin has shot up our hen party locations ranks, straight to the top three. Delicious Dublin is a real charmer when it comes to your hen party; with plenty of attractions and clubs to keep you celebrating until sundown. 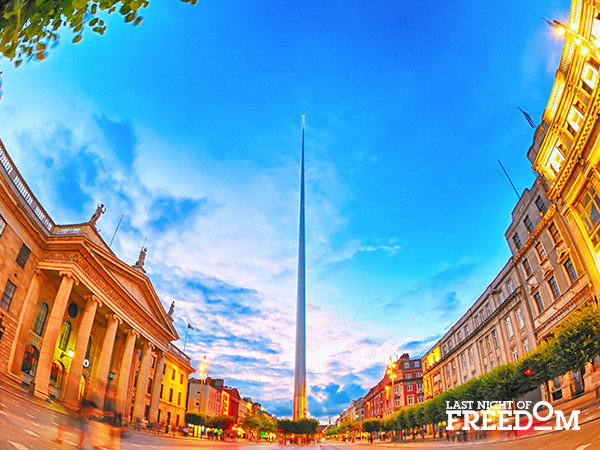 From the Guinness Storehouse – dedicated to the famous stout, which is older than America – to the extravagant Grafton Street and the world-famous clubs, ‘The Fair City’ will sweep you up in a whirlwind of cocktails and dancing.

Marvellous Marbs – the playground of TOWIE and you lovely ladies. This sun-kissed, sexy señor-filled paradise has been a popular location for hen parties, especially over the past four years. The golden sands, crystal blue waves and oiled-up six packs transport you to a dreamy faraway land, without the cares of the modern day world. 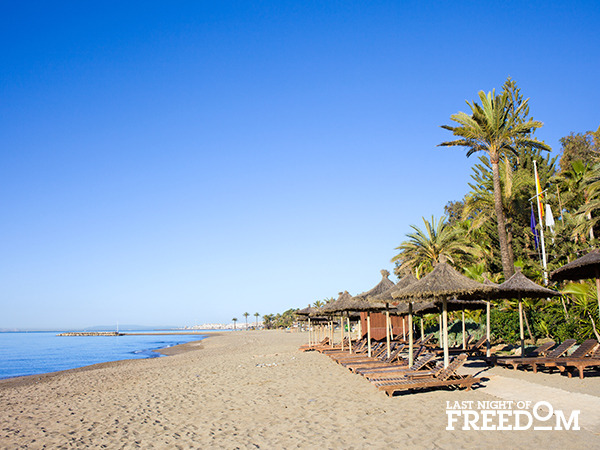 Set on the Costa del Sol, Marbella has some of the most exclusive beach bars lining the picturesque coast; including the renowned Nikki Beach – which has hosted names such as Eva Longoria and Paris Hilton – as well as the super luxurious, Puro Beach.

There’s no hen party quite like a London hen party. The capital has long been a firm favourite hen party location – and it shows no sign of slowing down. Hundreds of bars line the capital’s bustling streets, and each area of London has its very own atmosphere. 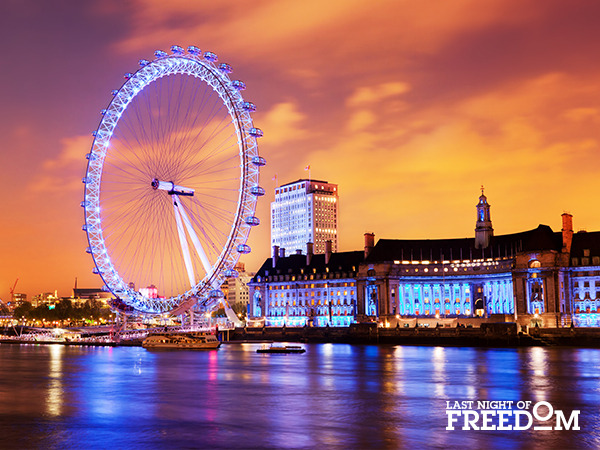 There’s hipster Shoreditch, gloriously outrageous Soho, illustrious Kings Road (of MIC fame), and even London Bridge’s famous pubs. You could spend your entire hen weekend touring the city and still have a wealth of seriously swanky venues left to explore.

Bouncing Barcelona, the Catalonian capital, is a sparkling city that will truly capture your heart on your hen weekend. Barcelona, undoubtedly one of Europe’s finest cities, is scorching in the summer (watersports are a must, ladies) and bubbling with atmosphere and enthusiasm. 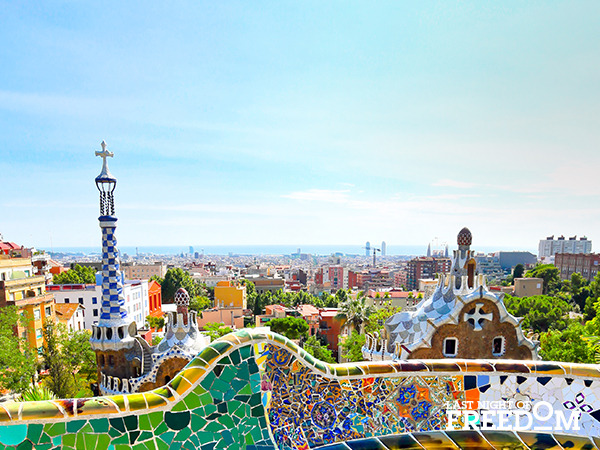 From the jam-packed and cobbled tourist strip of La Rambla and the gorgeous stores, to the oh-so-legendary nightlife, made up of several different areas; including the notorious Gothic Quarter, which has a labyrinth of secret and den-like bars. This glamorous hen party location is style personified.

Wee Edinburgh is an olde-worlde characteristic charmer. The trendy bars, set underneath the shadow of the iconic Edinburgh castle, are so vibrant you’ll be performing the Gay Gordons under the stars. 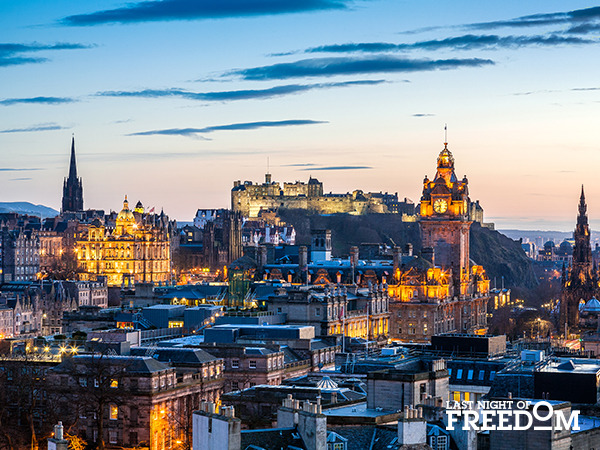 The bustling Grassmarket area is a traditional place to start you hen night – with its underground bars and authentic pubs – before heading over to New Town, where you’ll find Bramble Bar, one of ‘the world’s top 20 cocktail bars’.

Get ready for action-packed hen party activities and insane nightlife in Nottingham. Nottingham is a top ranker for hen weekend locations – and it’s not all just men in green tights, firing arrows in the forest. Nottingham’s nightlife is popular with stag and hen parties due to its late nights, epic DJs and madcap drinking districts. 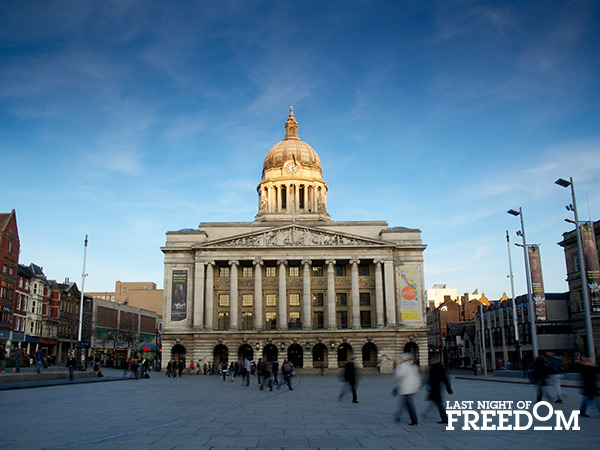 But it’s not just partying until the early hours (although, that’s exactly what a hen weekend is about). Sherwood Forest is a playground of shooting ranges and quad biking trails.

Brighton is the archetypal British seaside town; quaint, cheerful and sunny, and it’s got a fantastic reputation for nightlife. Brighton really has got everything you’d want from a hen party location. From chilled out to bohemian, energetic to straight up crazy – you’d be mad to miss a hen celebration here. 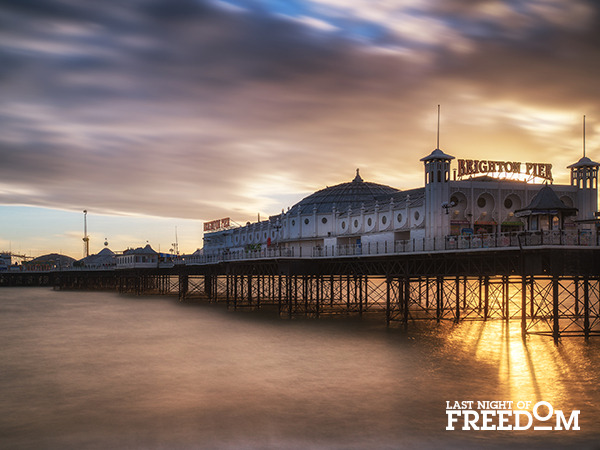 The town is a wonderful mix of old meets new; with traditional pubs mixing with ultra-modern venues – it’s simply one of a kind.

The Welsh sure know how to party – and Cardiff parties like no other. This friendly city is a major metropolis for hens who love cocktails, castles and clubbing. Just head to the top night spots along St Mary’s Street and party the night away to cheesy pop tunes from the 90s in Retro. 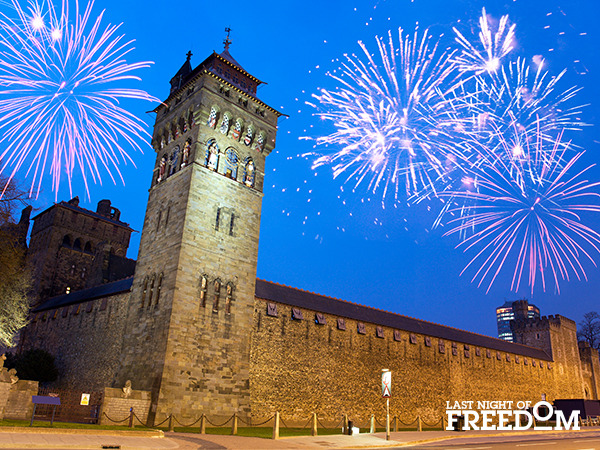 And, with adrenaline-fuelled activities such as white water rafting in Cardiff Bay to Coasteering; Cardiff is a hen weekend location like no other.

Birmingham has edged its way into the hen party locations top 10, and it’s here to stay. This hotbed of restaurants, bars, markets, stores and everything else you could possibly think of is an unpretentious, laugh-a-minute city to celebrate your last night of freedom in. 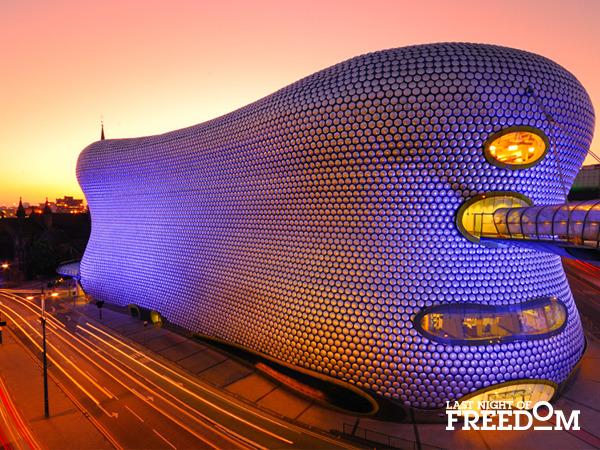 From adventure courses and chocolate making, to even zombie boot camp… In Birmingham there’s always something to do, somewhere to be or something to see in our Mecca of the Midlands.