Using Your iPod for Your Wedding Music

Of course we all want to spend thousands on our wedding entertainment, but unfortunately many people need to prioritise. Whilst it’s always going to be amazing to hire a band you’ll never forget, or a rocking DJ to keep the party going, there are other cost saving options out there.

If you have a bunch of friends who are up for a late night celebration, some well chosen tunes on your iPod could be a good option. Or, take it a step further and run everything off your iTunes; it has an ‘auto-mix’ function that will mix the songs from one to another. 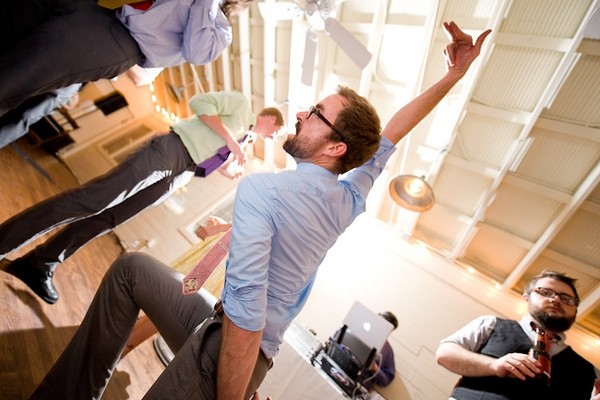 If your wedding venue doesn’t have a sound system you can probably find someone local who will hire you a small speaker system for £100 or so, and they may have a few lights too!

If you do want to use your iPod to play some tunes at your wedding, here are a few things to think about…

As tempting as it is to say “it’s my wedding and I’ll play the music I want”, if you’re going for a simple idea like this it’s important to make sure you include something for everyone. If you did hire a professional DJ or band, this is something they would prioritise.

A good piece of advice I was once given was to go by a ‘rule of three’… never stick to one genre for more than three songs. This way, if someone doesn’t like the music you are playing, the chances are by the time they’ve popped off to the bar or toilet, when they come back there will be something that’s more their style. I must say I don’t always stick to this when designing a band playlist or DJ set, but it’s a good basic rule to go by for your iPod playlist.

Also think about choosing songs that have mass appeal. You may LOVE a song, but it won’t be any fun dancing the night away to a whole playlist of your favourites if nobody else is dancing with you. So, try to choose songs that everyone loves, as well as a splattering of you and your other half’s favourites.

You can also use the fact that you are in charge of the music to your advantage. You know your friends and family better than any band or DJ that you might hire, so if there are personal songs that you know will inspire a whole group of your friends (perhaps bring back a fun memory from the hen night) then you are more qualified than anyone to know that song will bring the house down!

Think About the Playing Order

This really is ‘make or break’ stuff when it comes to a good party. The last thing you want to do is throw away guaranteed floor fillers too early, or have a mid-tempo song that nobody knows at the peak of your evening.

When I’m designing a new set list, I’ll separate all my songs into categories…

You may also want to think about ‘great opening songs’ to work around other parts of the evening (for example if you’re stopping for a buffet, fireworks etc). Great openers are tunes like ‘I Gotta Feeling’ and ‘Let Me Entertain You’.

Arrange these songs on your iPod playlist so the dinner music is obviously over dinner, early evening songs will start off the night, and then (using your ‘opening songs’ as appropriate) structure so that there are two or three ‘set fillers’ followed by a ‘peak floor filler’, over and over. Build in intensity until you reach around ¾ of the way through the evening, where you can hit them hard with all your best songs, followed by the epic end of the night tunes to finish.

Following these basic rules will really make your night!