Confetti Cannons are fast becoming the new confetti craze, especially when filled with natural petal confetti. Earlier this year, Shropshire Petals launched their fantastic, fun Confetti Cannons. Holding the same amount of confetti as it would take for 10 guests to throw, customers loved them so much they suggested a smaller version should be available too.

So, Shropshire Petals has just launched a Medium Confetti Cannon. Filled with 0.3 litres of confetti, around 3-5 handfuls, they’re perfect for getting more of your guests to fire during your confetti moment. 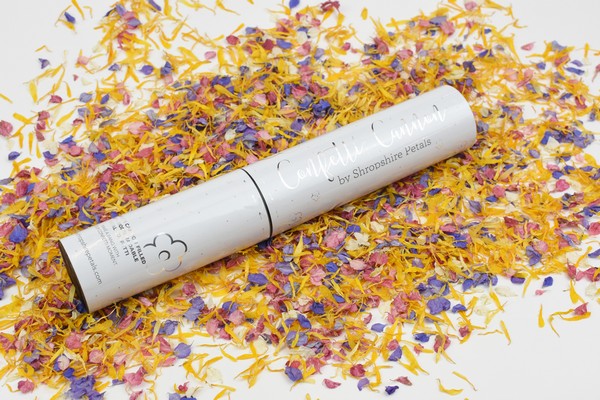 Each Confetti Cannon is filled with your choice of natural petal confetti. Choose from one of the recommended mixes or create your own unique confetti combination by using the Pick & Mix selector online.

To use, peel of the sticker from the top of the cannon, twist the end, and watch as confetti explodes up and into the air, creating the most wonderful confetti moment. As the cannons fire high into the air, this gives the confetti more time to fall than it would if thrown by hand, which means your photographer can capture plenty of beautiful photographs.

Medium Confetti Cannons are £15 each or 2 for £27. You can find out more and place an order on the Shropshire Petal’s website, and you can also receive 10% off orders over £50. 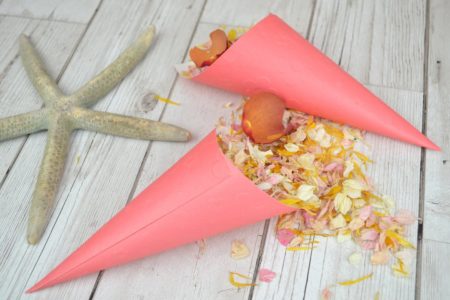 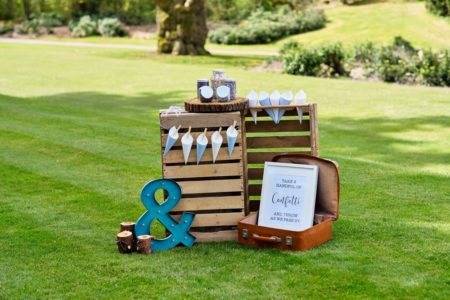 How to Create a Bespoke Confetti Bar for Your Wedding 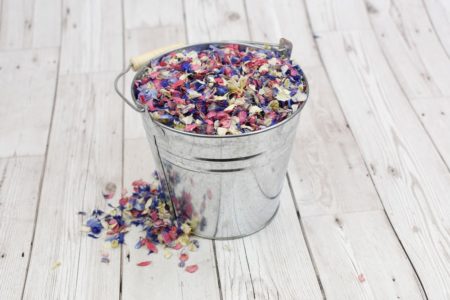 Using Confetti to Incorporate 2019 Trends into Your Wedding