Picture of the Month – September 2014

And the winner is… Lisa Devine Photography! 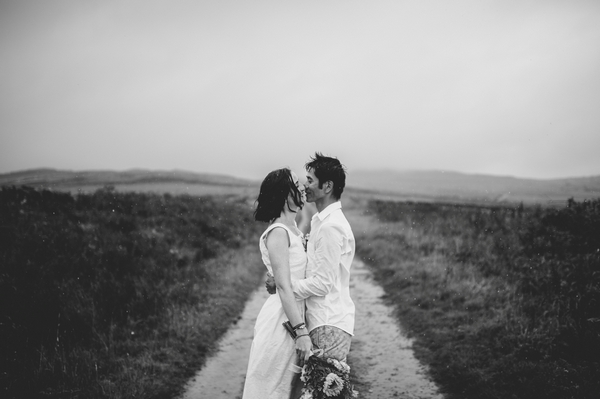 Our congratulations go to Lisa Devine Photography after this beautiful picture received the most votes in our September Picture of the Day competition to become the ninth picture to go through to our Picture of the Year vote in January. The picture was described by Lisa as “one of my favourite pictures I have ever taken”, and she told us a little bit about how it came about…

“The couple in the photo are Ciara and Eddy, and when they contacted me about their wedding I was so excited about shooting it and couldn’t wait for August to come!

“They married on a Tuesday in August at one of my favourite locations, Crear in Scotland. It’s a stunning, secluded house/music studio on the west coast of Scotland. Eddy and Ciara are a super sporty couple and actually cycled from London to Crear in memory of Eddy’s sister. They battled wind and rain to get there, picking up their wedding rings en route; it was so romantic.

“We had spoken about getting some photos of them together in the beautiful surrounding landscape but it had started to rain a little. Thankfully Ciara and Eddy were still up for going out, with Ciara changing into her walking boots and bringing a shawl to cover her. We went to the little road at the back of the house to take some shots, but as I started shooting the heavens opened and it started to pour down; it was torrential. I knew this would make the shot… Ciara and Eddy just started laughing! We all got soaked! Eddy’s white shirt was see-through and Ciara’s hair was drenched. After the shoot we all ran back to the house and Ciara and Eddy got out the hair dryers and dried themselves, and their clothes, off!

“It’s a moment I will remember and it’s one of my favourite shots I’ve ever taken – it feels like a scene from a film.

“It’s not all about the photos; it’s about it being a memory, something fun, something different… just ‘doing it’. You’ll never get the chance to capture that moment, on that day, again.”