And the winner is… Tracey Warbey Photography! 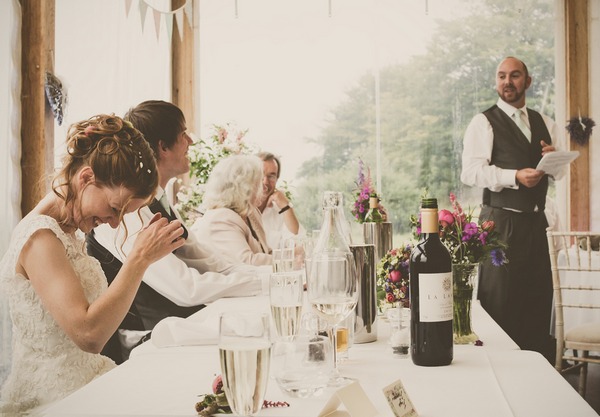 We now only have one place left in our 2015 Picture of the Year final in January, after this wonderful picture by Tracey Warbey Photography was voted our November 2015 Picture of the Month. Taken during the speeches at the wedding of Rachel and Luke in Cornwall, Tracey has perfectly captured the moment when Rachel is ‘tickled’ by one of the best man’s jokes…

“Rachael and Luke met six years ago, and after just six months together they decided to travel the world. They had an amazing seven month long adventure and knew both they had found the one!

“Three years later Luke proposed before the birth of their daughter Faye. They decided to hold off the wedding for two years so that Faye would be old enough to be a central part of their day, and she certainly was!

“The shot in question was taken during the speeches with the best man on the far right delivering to the wedding party. The speech generated many laughs, mainly at the groom’s expense, and this was just one of his jokes that tickled the bride.

“This is one of my favourite shots from the day, and it’s capturing moments like these that make my job feel so worthwhile.”