And the winner is… DSB Creative! 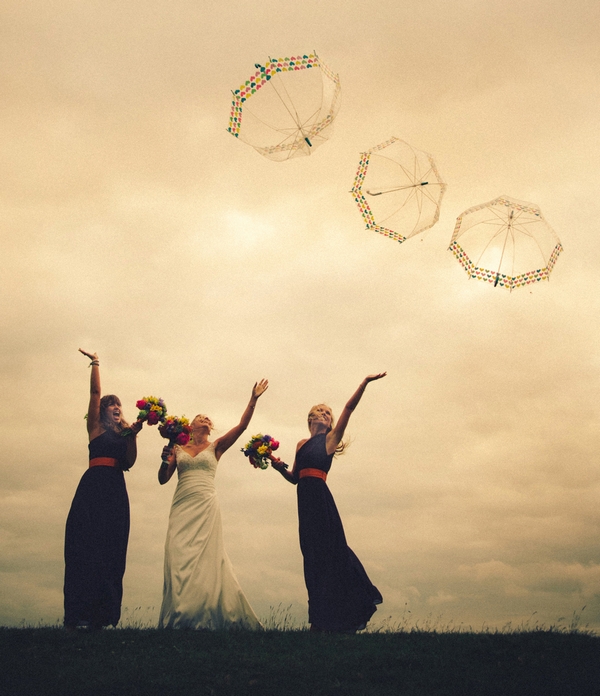 “When Dave and Anna asked me to photograph their wedding I was so so excited, as I knew this would be one cool wedding full of the coolest people on the planet. It was set in a marquee next to Anna’s parents’ house in Willoughby, and wow, did we have some gale force weather!

“Which brings me to how this image came about: I asked the girls, Anna, Laura and Rachel if they would head over to the back of the marquee with me where we had acres of free land, aired by stormy golden skies. They brought the cool umbrellas with them as the rain was on and off that day; the strong gale force wind was horrendous and at one point I was sure I saw ‘Toto’ flying past me.

“Whilst I lay in hard cow dung and nettles to get this shot, I asked them to hold the umbrellas aloft and let go after 3,2,1… they did, and the umbrellas flew off straight to the heavens; I guess I got lucky as it’s almost symmetrically perfect. the girls were in hysterics afterwards watching me chase down the 3 umbrellas, it was like chasing over-hyped chickens!

“Although I was stung, worn out and stank, I think the shot was worth it!”