And the winner is… Lewis Fackrell Photography!

We have our first finalist for our 2018 Picture of the Year competition! This emotional picture by Lewis Fackrell Photography received the most votes in our poll and becomes the first picture to go through to our final in January. Taken at Stacey and Rob’s wedding in May last year, Lewis explained that he had very little time to capture this moment… 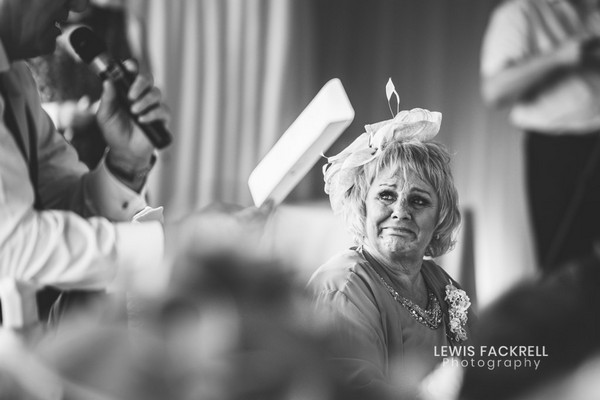 “Stacey and Rob married at Oxwich Bay Hotel in the Gower, on the then hottest day of the year in May. It was so hot in fact that I had to have an outfit swap as I’d sweated so much! The sun was beating down around 28 degrees on the bay and the guests were also feeling it; some even went down for a swim! We couldn’t have asked for better weather.

“Later on, Stacey’s dad gave an emotional speech of how proud he was of his daughter. The room was silent, and at this point I had my camera pointing towards the mother of the bride who I could see was becoming teary-eyed. I captured the shot at 200mm due to the length of the room and I was looking for some silky blurred goodness behind. I could only photograph her from this angle via a small gap between guests that was narrowing instantly. Within seconds the emotion freely showed, I captured the frame, and the guests instantly blocked the view again.

“As a wedding photographer, capturing the emotion at a wedding is crucial, and it’s something I always look out for on a wedding day, along with laughter.”