And the winner is… Jamie Penfold Photography! 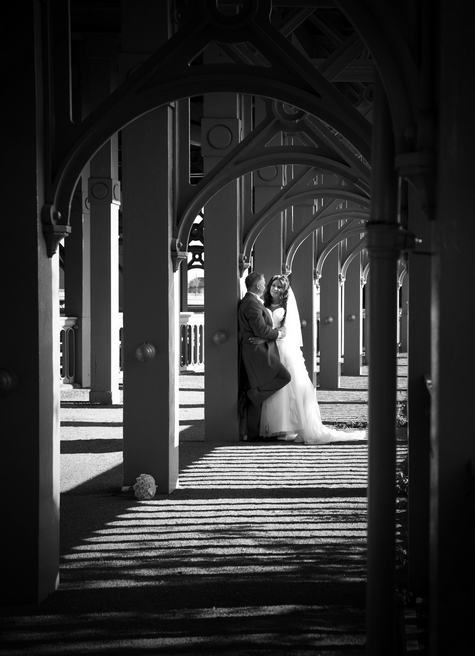 Congratulations to Jamie Penfold Photography, the winner of our January Picture of the Day competition. Jamie’s beautiful picture received the most votes from our readers, and becomes the first picture to go into our Picture of the Year vote which will take place in January 2013.

“The image was shot on Newcastle’s historic High Level Bridge in October 2011.  Darren and Victoria were married in a church in the centre of Gateshead with their reception held in a small venue nearby.  During our planning meetings they were worried about the bridal shoot as they wanted a picturesque backdrop but felt there was nothing nearby to the church or venue; they also wanted something a bit different.  I had some ideas and a list of possibilities ready for our final meeting a week or so before their wedding, but then watching ‘Get Carter’ I had a eureka moment; the High Level Bridge.  I rang Darren to tell him what my idea was:  “I love it!” was the reply.  He said he loved the industrial heritage of  Newcastle and Gateshead and this would reflect it.

“I had a number of shots in mind using the ironwork and arches but on the day itself the sun was shining through which also created so many intriguing shadows.  Out of all the shots on the day, this was my favourite.  I framed Darren and Victoria in amongst the arches and used the perpendicular shadows to create some added interest.  What was great was out of shot on the left we had an audience of people stood watching as we did the shots”