And the winner is… Mckenzie Brown Photography! 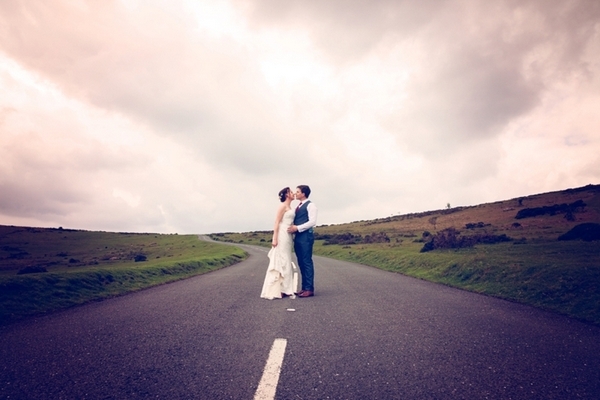 This beautiful picture by Mckenzie Brown photography received the most votes in our poll to be voted our February 2015 Picture of the Month. Taken before the wedding of Becky and Ian after a secret ‘first look‘ shoot, Natalie from Mckenzie Brown Photography explains how it was quite a challenge to get the bride and groom together without them being spotted…

“From the minute I met Becky and Ian I knew that their wedding would be wonderfully unique and brimming with personality! They wanted everything about their day to be personal, relaxed and a reflection of who they both are.

“They decided to hire Colehayes Park in the Dartmoor National Park for the entire weekend, which meant that friends and family could join them for a few days of celebration. Throwing tradition to the wind they also opted to do a ‘first look’ on the morning of the wedding. This is when the bride and groom meet before the ceremony in secret and it is something that I just adore doing! It’s so overwhelmingly romantic and what better backdrop to choose than the rugged landscape of the moors!

“My second photographer drove Ian up to the meeting place to wait for his bride. Having got ready extra early, Becky was then smuggled out of the venue covered in a dressing gown and into my car; not even her mum knew what they were up to! Once on the moors Becky crept up behind Ian to surprise him – it was such a beautiful moment. They hugged, laughed and chatted and spent some time walking amongst the Dartmoor ponies (Becky in her bright red wedding heels!) while I took lots of pictures.

“On the way back to the cars the clouds started to hang really low in the sky and it looked as though the heavens would open. It was really early in the morning and the roads were completely deserted. I love the roads on Dartmoor because they stretch endlessly towards the horizon and stand out as such a strong contrast to the wild landscape. They stopped briefly to kiss as they crossed and I managed to take this image. We all then sneaked carefully back in to Colehayes making sure we weren’t seen by anyone. I’m sure Becky’s mum wondered why her wedding shoes were covered in mud, but they didn’t tell anyone until weeks later when I put their gallery online!”