And the winner is… James Melia Photography! 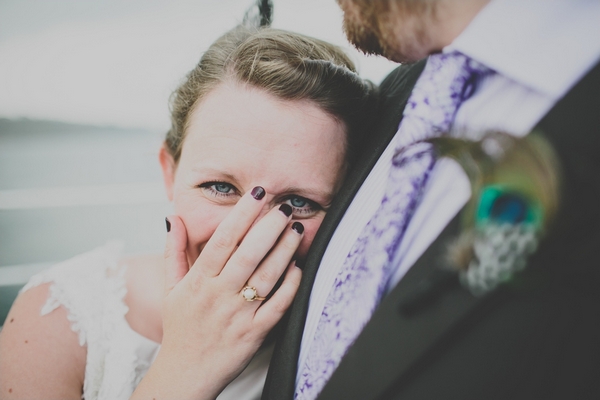 “We said hello to Gemma and Matt for the first time, peering around the registrar’s office door on the day of their wedding. Whitby was the place they chose from memories of a great past holiday there, and it wasn’t that they were running away to get married, they just wanted to say the words to each other on their own… and mean them. Gemma sang Crosby, Stills, Nash and Young’s ‘Our House’ to Matt, admitting beforehand that she can’t really sing but really wanted to try. Matt joined in too; there were tears, from all of us!

“It was a rare opportunity for us to see how in making this commitment to each other so privately it really seemed to bring them together, and there was a certain cheekiness in their eyes! Matt and Gemma giggled and skipped along the pier, Gemma ducking and diving away from the seagulls! In this picture I hope you can see their playful connection.”