And the winner is… The Springles!

Our congratulations go to Ash and Kat of The Springles, the winners of our August 2017 Picture of the Month. This picture shows such joy on the faces of the couple, Lissie and Matt, as they leave the church as husband and wife. Ash described this as a ‘miracle’, as, just four days earlier, their world had been turned upside down in the most heartbreaking way… 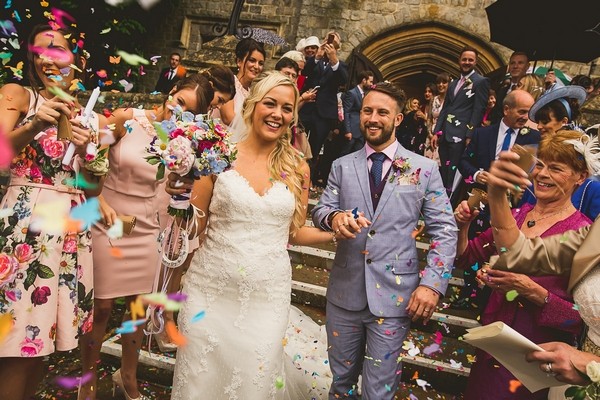 The World Seemed to be Caving In

“This image is actually of Kat’s sister, Lissie, and her husband, Matt. We’d originally told them that we thought it was best if they booked other photographers for their wedding day, as we were worried about balancing our family duties and our role as their photographers. But they twisted our arms, and we agreed. We were massively looking forward to it, and the news that Lissie was pregnant made everything even more exciting.

“Then, four days before the wedding, Kat received a call from Lissie – the worst had happened. Lissie had miscarried the baby at 12 weeks. At that point, when the world seemed to be caving in around us all, we didn’t even know if the wedding would go ahead. As you can imagine, it was the last thing they wanted to be doing.

“Fortunately, after late nights talking, a lot of comfort food, and a lot of love, Lissie and Matt decided that despite the horrors of the days before, they loved each other more than ever, and they wanted to make it down the aisle.

“It was a hugely emotional day for them, and for us. The photos of the bridal prep are truly heart-rending; from the shots of Lissie and her bridesmaids cuddling each other tightly, to the hand-written messages on the soles of Lissie’s shoes from her future Husband. As they spoke the words ‘for better, for worse’ during their ceremony at St Peter’s Church in Frimley, they really knew what they were saying.

“They retired to a gorgeous Midsummer Nights’ Dream themed marquee reception at Trunkwell House in Reading, gloriously decorated with an abundance of fairy lights and multi-coloured flowers. After the speeches, the venue transformed into a Zoo Party, with animal masks, glow sticks and face painting.

“We love this image because, not only do we see the joy of a newly married couple, we see the love and support of the family that carried them to the aisle, and the resolve of two people to grow stronger together, whatever the circumstances. That’s what we believe marriage is all about. 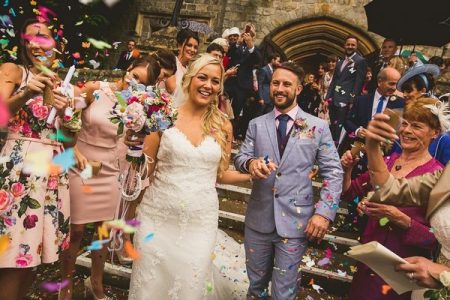 Picture of the Day – The Springles