And the winner is… Ayesha Rahman Photography! 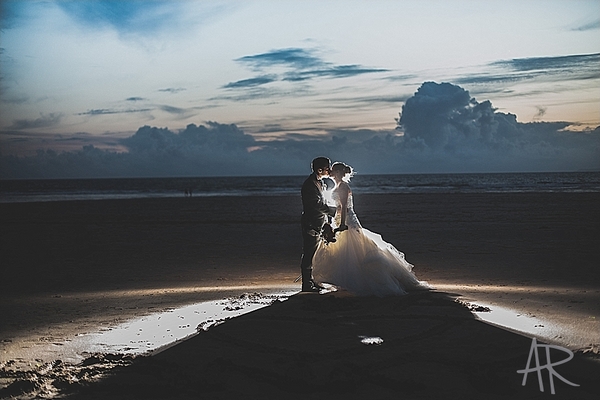 This beautiful picture by Ayesha Rahman Photography received the most votes in our August Picture of the Day competition to become the eighth picture to go through to our Picture of the Year vote in January. The picture was taken at the wedding of Flick and Adam in Croyde, Devon, and Ayesha told us how it came about…

“Flick and Adam got married on the 3rd of August 2013 in a stunning part of the country, Croyde in Devon. I was so excited to shoot their wedding, not only because of the fantastic seaside location and all of the gorgeous things that go with it, but also because of how lovely the two of them are.

“The day before the wedding the heavens had opened and rain poured down, so everyone was a bit nervous about what the weather would have in store the next day. Well, it couldn’t have been better; it was glorious which meant we had plenty of opportunities to explore the local surroundings for some fab photos.

“Whilst Flick and Adam were throwing some shapes on the dance floor, I’d spotted a lovely sunset, and we’d already talked about potentially heading to Croyde beach for some photos. But instead of tearing the two of them away from their guests, I gathered a group of their friends including bridesmaids, the best man and the ushers, and we all grabbed a drink and some fish and chips (from their fab fish & chips van that they had hired) and had a stroll to the beach.

“As we got there it was the perfect light, with stunning skies as well as lots of cool surfers in the background. I already had the type of shot I wanted in mind which was something timeless and atmospheric. I think this shot summed up the end to their perfect day.”