And the winner is… Ally M Photography!

We now have four of our 12 finalists for our Picture of the Year vote in January after this fab picture by Ally M Photography was voted our April 2017 Picture of the Month. Taken on the streets of Manchester, Ally pressed the shutter at just the right moment to get this cracking shot… 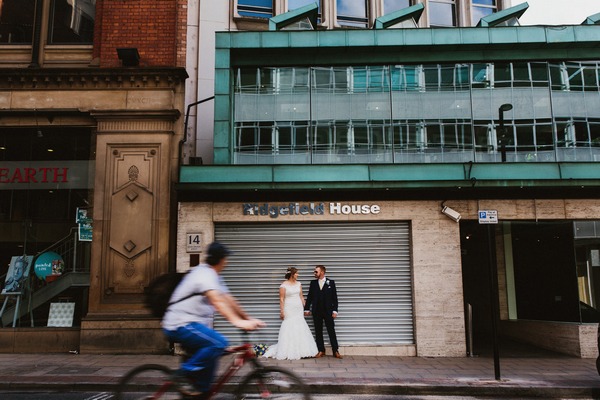 “Deborah and Ben married on the 6th of August 2016 in the greatest city in the world, Manchester!

“As soon as we met and chatted about their plans we knew this wedding was going to be something special. Even their wedding invitation was in the form of an old Hacienda flyer, the legendary nightclub that graced the city for many years.

“They decided to have a small, intimate wedding during the day, with their meal at The Panacea in the city centre with very close family and friends. The evening party was to be held at The Castlefield Rooms, with hundreds more guests partying into the small hours.”

“Walking through the city streets was pretty special. The amazing people of Manchester congratulated Deb and Ben as they passed.

“I wanted to capture the day to day city life going on as normal around the newly-weds, creating a juxtaposition. We had a few different shots of people passing by, along with cars etc. This one of the guy going past on the bike and noticing the couple, just as I pressed the shutter, worked a charm.” 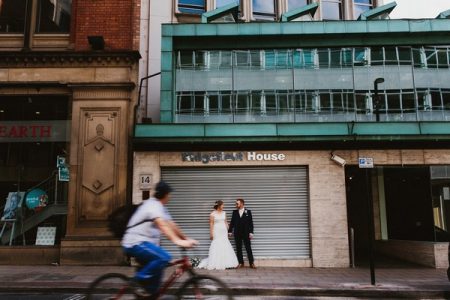