And the winner is… Raphael Ranosi! 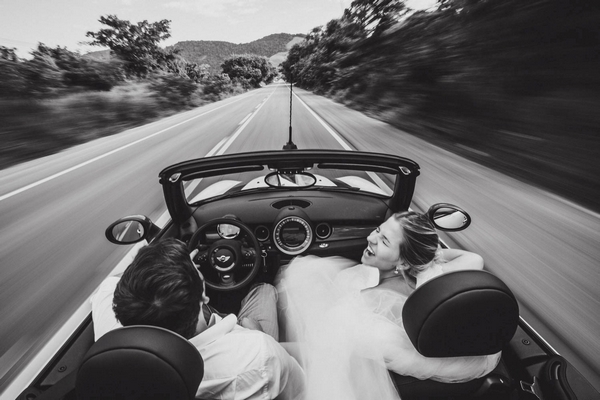 We now have four of our 12 finalists for our Picture of the Year competition, after this fantastic picture by Raphael Ranosi was voted our April 2015 Picture of the Month. The picture perfectly captures the adrenalin of Stephanie and Elizeu enjoying a drive in a convertible Mini Cooper before their wedding at Mansão Calipso (Calypso Mansion) in São Paulo, Brazil…

“Stephanie and Elizeu’s marriage was in Brazil, and a few weeks before the day we decided to go out to shoot some photos. As it was hot Stephanie decided to open the car’s rooftop; I was following them in my car and asked if I could go on their back seat before we continued the journey. It was when I saw the road funneling in the background that I stood up on the seat so I could capture the shot.”